Hi friends. I’m happy to announce I’ll be celebrating the holiday season this year with a new show! I’ll be joining Wolf Pack Theatre Company for the first time playing Young Scrooge in their production of A Christmas Carol! The show is perfect for all ages and audiences and will hopefully bring you a bit of Christmas cheer. We open on December 13th and run for two weekends with double shows on Saturday. Tickets can be purchased here. Hope to see you all there, and Happy Holidays to all! 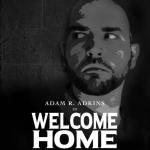 Two posts in two days? What kind of madness is this?!

Well, I just wanted to pop by because Shrug Productions just released a movie poster for our upcoming film Welcome Home and it’s amazing. 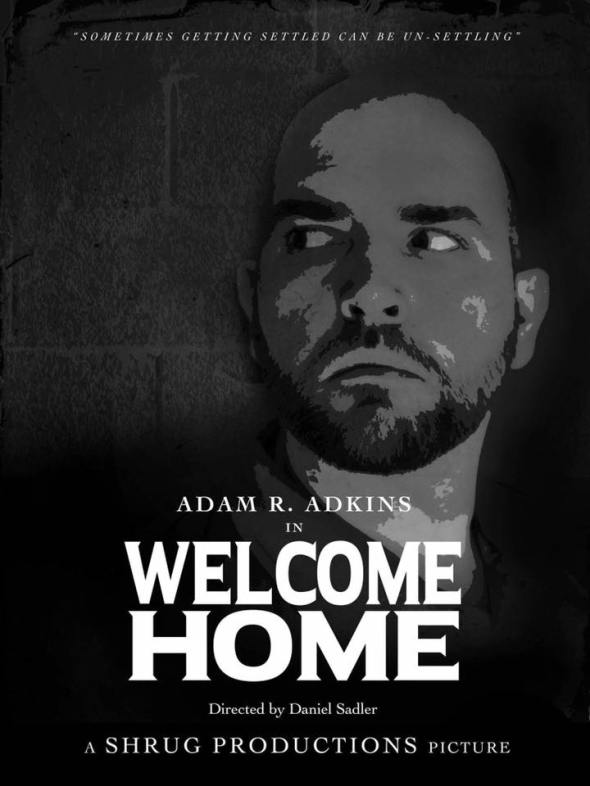 I can’t wait to see this on the big screen. Welcome Home premiers Saturday July 15th at 7:30 at the AFI, as part of the 48 Hour Film Festival. Make sure to purchase your tickets here and come say hi after the film.

Hello Friends. It’s been a minute since I’ve updated my site here. In fact, it’s been over two years. How many minutes is that exactly? 60x24x…I don’t know, I already lost interest. But it’s been quite a while, anyway.

Theater has been my passion for over a decade. However, no matter how much you love something, you sometimes need a break. After doing 10 projects within a year (including directing 3 of them), I officially suffered burn out. For the first time in a long time, I needed to put a little distance between myself and performing. Within that time I did occasional staged readings and smaller projects, but mostly my time was filled with nights to myself and hiking on the weekends.

However, I’m happy to say that I’m officially back in business.

To celebrate my return, I’ve made some long-needed updates to my website. I’ve entirely redone my Pictures and added new ones from more recent shows, including new headshots. I also updated my Videos page with a lot of new content from various projects with Molotov Theatre Group and some promotional voice overs I recorded for the company Feith. The Bios and Resumés have also been brought up to date with the occasional projects I was involved in within the past few years. And as you can see from above, I finally updated my website banner image to something more current. The hair and goatee has been transformed to a beard and a freshly shaved head.

Along with the site updates, I’m proud to announce the projects that have brought me back to performing. Firstly, this Saturday at 7:30 is the screening for the 48 Hour Film Festival. I was fortunate enough to work with Shrug Productions on a short called Welcome Home, which will be premiering at the festival. In it I play an assassin who moves into his new apartment, only to be haunted by the ghosts of his past. Tickets can be purchased here for the one-night-only showing.

After that, I’ll be back on the stage as part of Silver Spring Stage’s One Act Festival. I was fortunate enough to work on this project a few years ago with Brian M. Doyle’s The Navigator, which netted me an acting award from the festival. This time I’m doing two shows in the same night. I’ll be doing another Brian M. Doyle play called Alternate Theory, which takes a different view of the JFK Assassination. On the same night, I will also be performing in Jacy D’Aituolo’s play Six Seven Three Twenty which takes a behind-the-scenes look at a struggling football team on draft day. Both plays are a lot of fun and I’m excited to get them in front of an audience. As soon as tickets come available, I’ll make sure to post the link. You can find more information, as well as time and dates, on my Calendar page.

So that’s all for now. It’s great to be back doing what I love and keeping you all informed on this site. Hopefully I’ll have more fun stuff to update this site with soon, so make sure to check back when you can.

Until then, see you from the stage.

Hello dear readers. I have some good news that I want to share with everyone. First of all, I’m happy to announce that tickets for The Margins with Molotov Theatre Group are officially on sale! We just started rehearsals last week and this is going to be a good one. For more information, please feel free to check out my Calendar, our Facebook Event Page or our ticket site. Our last show, Nightfall with Edgar Allen Poe, sold out for every single performance. We were turning them away at the door, so make sure that you get your tickets early.

Secondly, this Thursday will be the Molotov Carolina Reaper Challenge & Film Screening. Company members Alex & Yoni will be eating two (yes, two) Carolina Reapers while we mess with them. We will also be screening the Vincent Price classic House on Haunted Hill and holding our own Iron Stomach Challenge, where you can step up and see if you have what it takes to consume a Ghost Pepper, the hottest naturally occurring pepper in the world. This is my first event as Molotov’s Special Event Coordinator and I’m incredibly excited for this. Make sure to check out our Indiegogo campaign and our Facebook event to see how you can be a part of this insane night. Keep in mind, we’re only $300 away from me doing something terrible to myself that night as well. So keep those donations coming!

Finally, I recently shot a short web video with local filmmakers Chris Sheridan and Patty Kim about the Brian Williams controversy. It turns out that this has opened the door for a lot of other newscasters out there to admit to their mistakes. Take a look at the video below to see yours truly apologize for his gaffs, and check out my Videos page to see the rest of my blunders.

It’s official: tickets for God of Carnage at Silver Spring Stage are now on sale! Rehearsals for this project have been going amazing and I can’t wait to get this in front of an audience. The show is a dark comedy, with focus on the dark. So actually getting people to see and react to it will be an absolute treat. To reserve your tickets, please visit the link here. Along with the dates listed, we will be having a Pay What You Can preview the night before our opening on September 18th. So if you want to see what we’ve put together but money is a bit tight, we have your hook up. Make sure to reserve your tickets and mark your calendars.

There are other projects that are on the horizon of course, including a Staged Reading with Molotov Theater of Gallery, featuring five Batman villains during an Arkham Asylum breakout. That will be performed September 28th and the tickets are free. Also, the Hope Operas is just around the corner. The Scottish Detective is shaping up to be a very funny show, so hopefully you will be joining us every Monday in October to check us out. Details for both of those can be found at my Calendar.

And finally, a big thank you to Jenny Splitter of Fuse Productions, Kristy Simmons and the entire cast of Cosmetic Consciousness for making our staged reading for Page to Stage such a success. It’s always a treat to work with such a great group of people and I was honored to be a part of it.

That’s all for now. But keep your eyes peeled for more updates just around the corner. See you at the theater!